Before saying goodbye to my host, he gave me his freshly baked bread as a gift so that I could regain energy on the way, how sweet is that! Thanks so much!

As suggested by a friend, I took the road beside the ocean so that I could avoid the traffic and enjoyed the view. However the distance would be a bit longer than I planned. As I went on, I doubted if I had made the right choice as the ocean route is super windy as it always does. Today half of the time was head wind and half of that is tail wind which either stopped me moving forward or blew me to one side. I really struggled a lot to maintain my momentum as well as my morale! 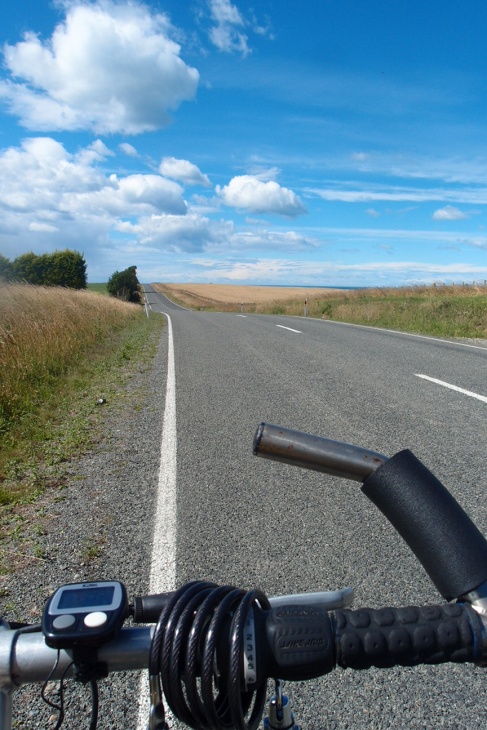 The only thing worth seeing is the Moeraki Boulder, which is near the little town Hampden. They are unusual strange spherical rocks scattered on the beach, most of them are intact where some of them burst some years ago? and remained as pieces. People believe they are naturally made by erosion and weathering, and due to the compact chemical bondings inside the sphere, they remained the shape for many years. Ancient Maori made up legends saying they were some creatures washed up from the sea, similar to those Chinese legends I have heard in my country…

Anyway, it is good to spend some time appreciate that natural beauty of God’s creation! 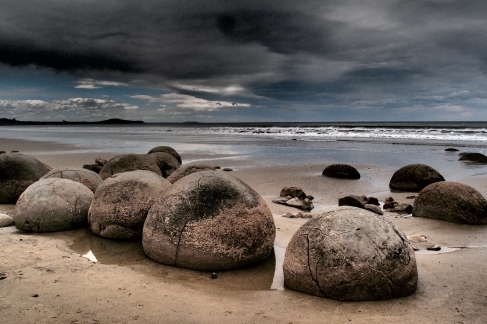 When I was about 35km from Dunedin, it was getting dark and I don’t want to postpone my itinerary because of the strong wind that slow down my speed. Actually the idea of hitchhiking floated onto my mind after passing Palmerston, but I wanted to go as far as I can. I don’t want to ride in the dark, and cold and wind…all things adding up = miserable!

So I got down my bike and put my thumb up! Luckily after around 2 minutes, a van stopped and the couple said they can bring me to Dunedin!! Wonderful! Thanks them a lot so that I don’t need to pedal with my torch… The wife was so fascinated about my trip, she even took a picture of me with my bike before I left! Haha~

Dunedin is the second largest town in the South Island, also very hilly with the Octagon in the center with old churches and classical buildings. It took me around 2 hours to cycle around to see all the iconic things in town, before setting up my tent on the grassland just next to the First church of Otago! 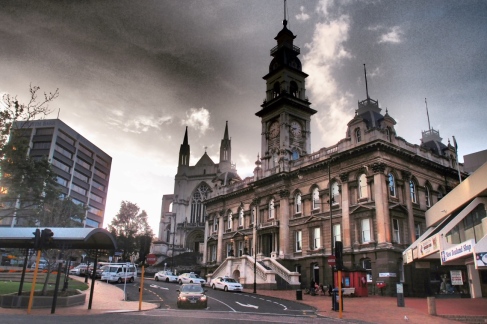