I cheated the whole part of this journey, partly because of my wound, partly because of the weather, I had to admit that I was a bit lazy and tired. Thanks Fabienne’s ticket so that I could take the ride from Albi to Toulouse within an hour. I almost slept the whole way.

Once I arrived Toulouse, the biggest city in the southern France, I already felt the pressure on the road. Too many cars, too many people. The autumn scenery is nice to see, red and golden leaves everywhere. And it was not hard to spot out a romantic couple. 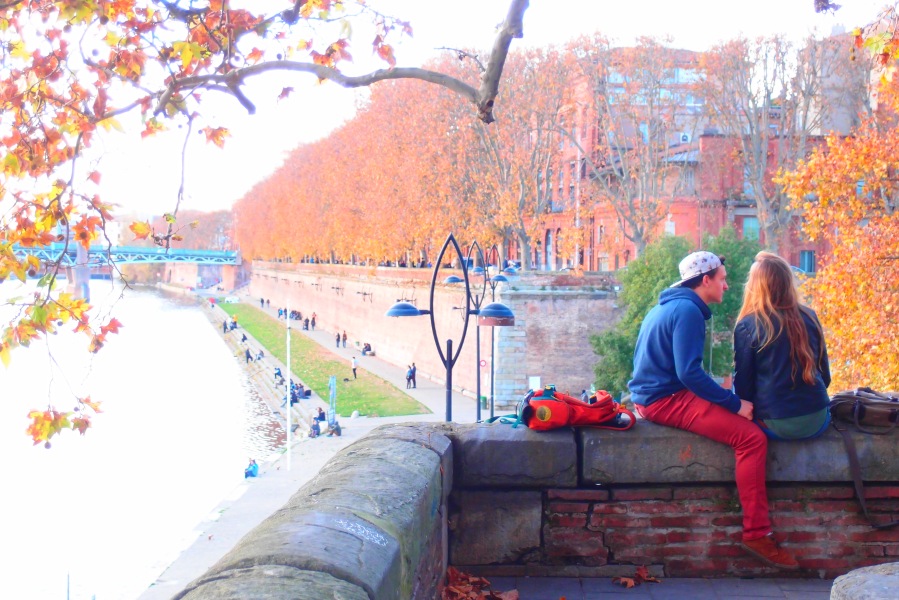 My warmshower host Jeremy and his flatmates are all students, they speak perfect English with no French ascent. Recently they are involving in a student movement to fight against the government which raised their school fees almost 5 times, they said the government aimed at making the richer to pay more, and the poorer pay less, however, they don’t think it should affect the school fees, but more importantly the tax. Anyway, I wish them good luck! Thanks them for teaching me how to make a wool web (I don’t know how to call it, but it looks quite nice!) 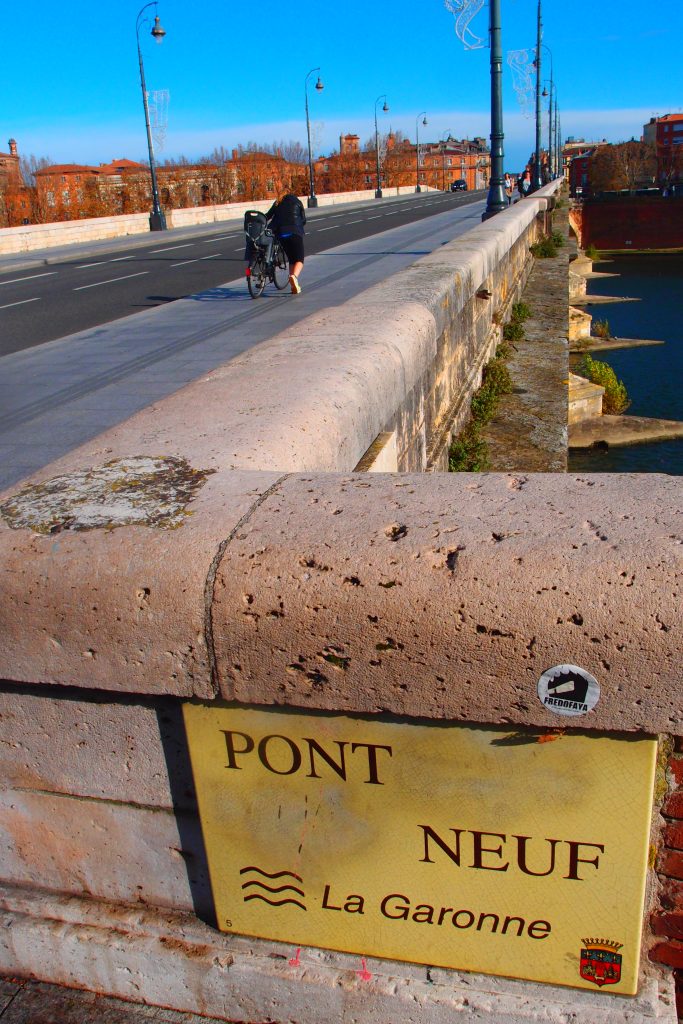 Notre Dame de la Dalbade church, they showcase a miniature of the life during the time when Jesus Christ was born, it is very delicate and cute! 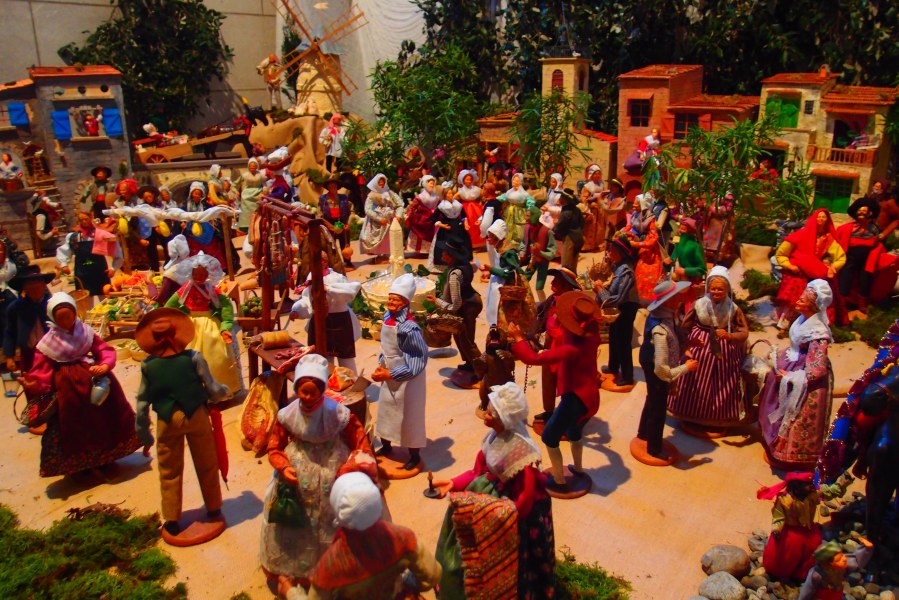 Nice street view with all those different colors and styles of houses lying side by side. 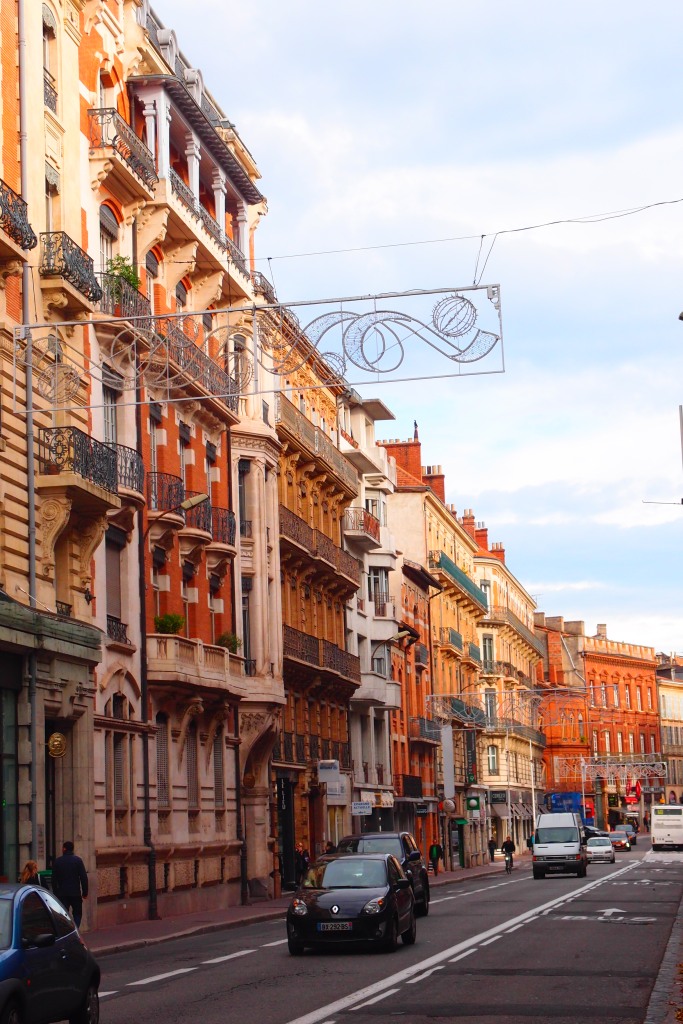 I made a Chinese meal for the guys and girls, luckily that they love it and I started to gain back my lack of confidence to cook well, it is just a matter of time and practice I guess. 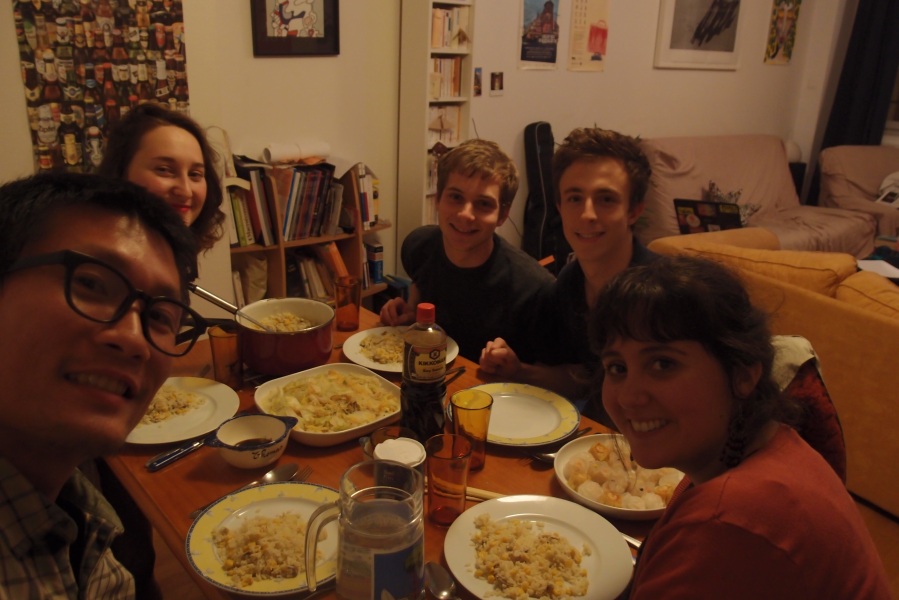 From Toulouse to Narbonne, I was supposed to spend 2 days riding on the Canal de Midi. But the weather forecast said that it was going to rain and a thunderstorm, that’s why I contact a driver from a rideshare website called Blablacar.com . Thanks him to take my bike inside his car, and drive that 150km in less than 1.5 hours. On the way there was heavy rain, and he drove too fast that at a point the car was a bit slip away. Luckily we were fine!

2 days of cycling was shortened into 2 hours, amazing! Thanks my traveling friend Leo, who is still on the road, he introduced me to stay with his mum Helena. I arrived their home and was given a super nice attic to stay. Helena brought me to a local market to have a not very typical French lunch, steak and fries, good to inject more calories in my body anyway! 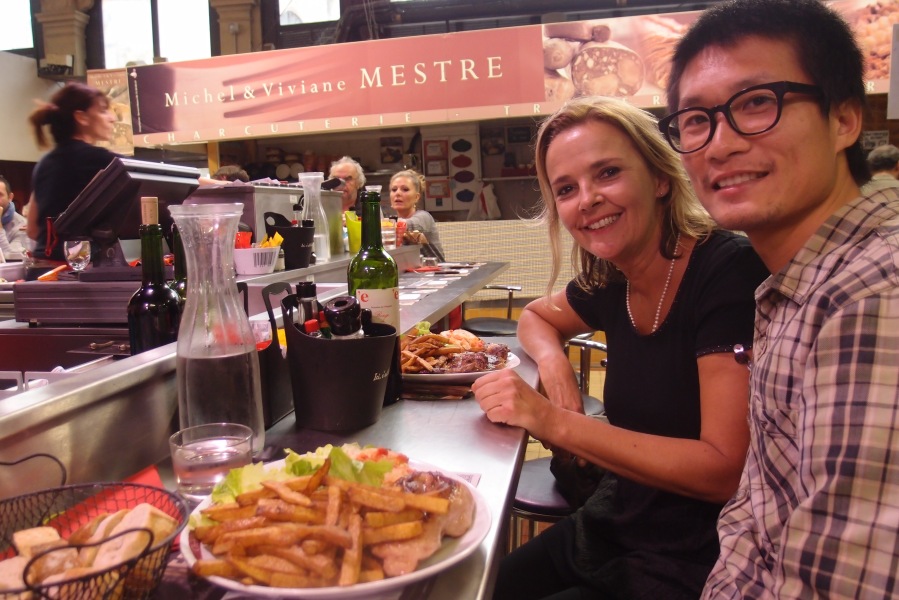 Despite the heavy rain and strong wind, Helena and her daughter drove me to the coast, to climb up a tower. The wind could really blow us away, we just took a few pictures and came down. 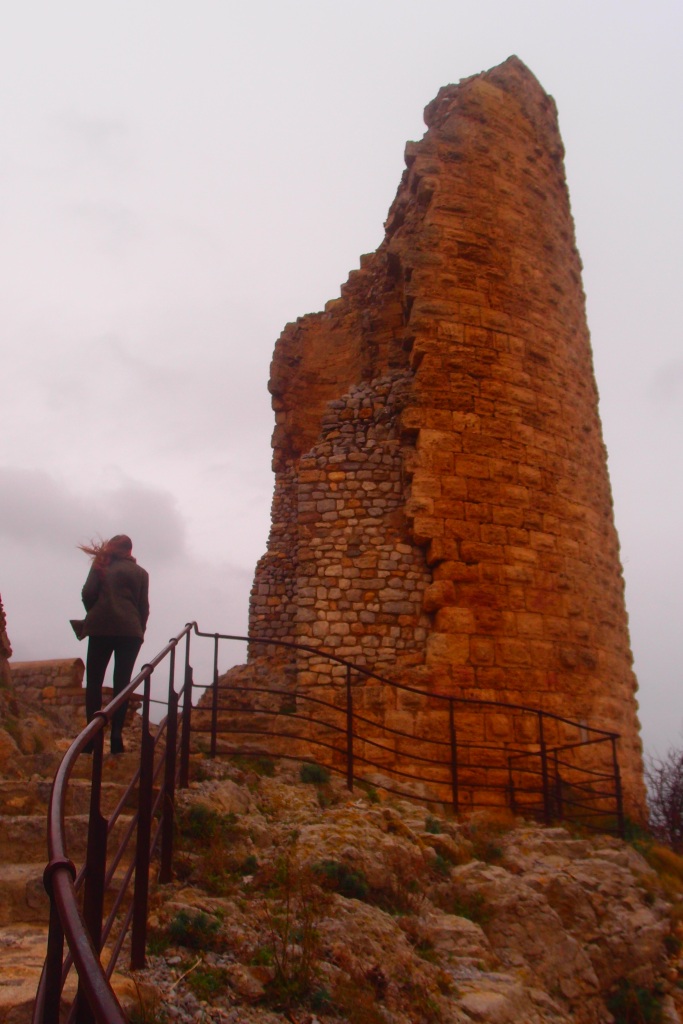 From the top, we could see how serious was the flood, fields and roads were all covered by water.

The next day we went to visit Helena’s brother, the road was still ridiculously flooded. At a certain point, we had to take off our shoes and fold up our trousers to walk barefoot, like a huge swimming pool in town!

Her brother has a duck, I think the duck is the happiest creature during the flood, it could swim everywhere! The harbor was totally covered by water, people had to go through that “swimming pool” to check if their boats were fine or not.

People suggested me not to take the canal road to Perpignan, as I won’t see the road unless I dive under water. So I would rather take the smaller road beside the highway which is safer.

I am going to meet Helena and Leo next year on my way to Eastern Europe! Really thanks them not just to provide me a shelter, but a home!

Albi to Toulouse  by train

Toulouse to Narbonne  by rideshare