On the ferry to Le Harve, a French girl Gaelle talked with me, she also brought her bike but only cycled for a few days in England, and taking a train back to eastern France. She was amazed by my trip, but I told her that is only a corner of an iceberg, there are a lot more people doing crazy trips around the world!

Once we arrived, nobody checked my passport, I was astonished by how free I can move among different countries in Europe. Gaelle bought me some bread as a support, that is a good start to experience French people’s kindness! 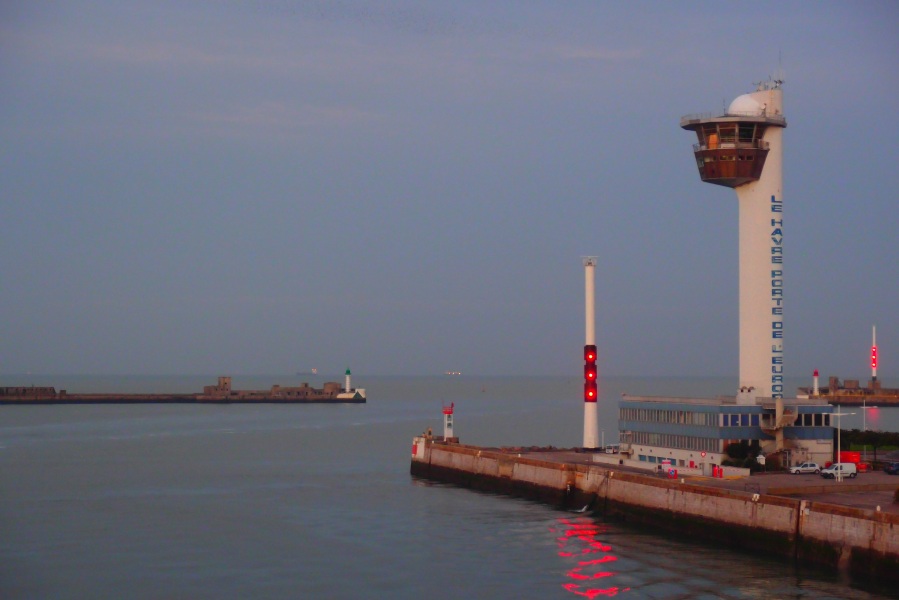 The church in Le Harve is weird, it is like a tower… 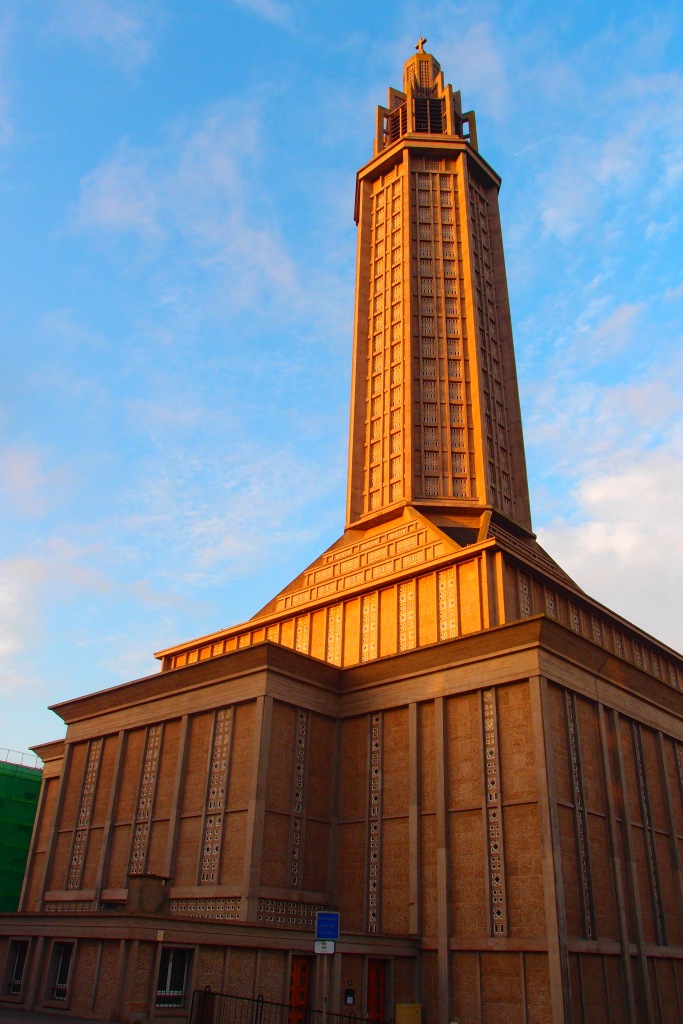 French roads are straight and long, like roads without ending. On the way to Evreux, I crossed a huge bridge overlooking this view. 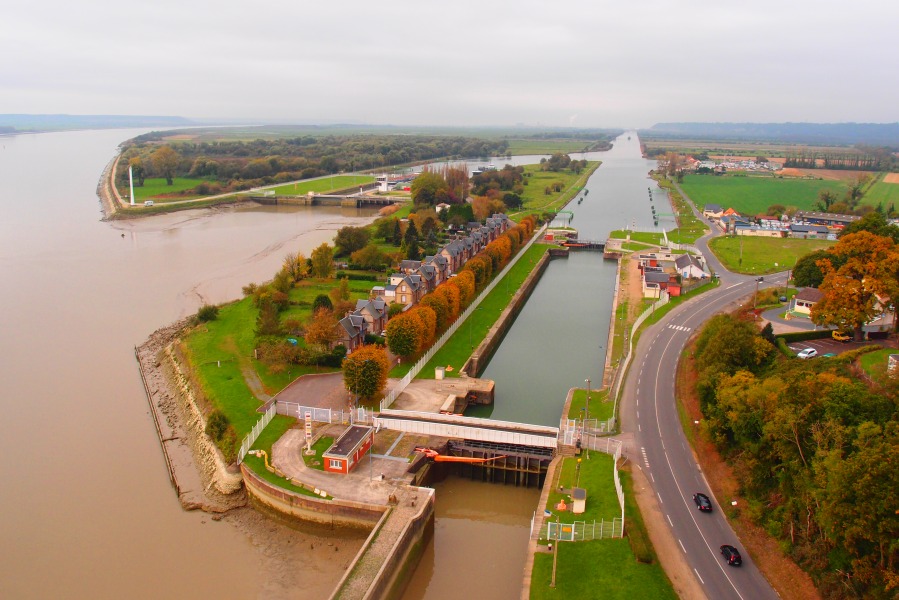 I desperately need a French SIM card to use 3G so that I can contact my friends and navigate using Google map and GPS. Once I arrived Evreux, I found a mobile store called “Orange”, and asked the staff to get me a new SIM card with just internet data. With 3G data, I can make phone calls and SMS via my Skype credits (which is much cheaper than purchasing local call time). That staff had very poor motivation to help me, and sold me a new SIM card without knowing what it was. I paid 10 euros and tried, it couldn’t be activated. I seeked his help again, it was 5:45pm, he wasn’t doing anything but randomly press some buttons on my phone. Just one minute after 6pm, he suddenly said: “I am sorry I have a train to catch. You can come back on Monday.” I said: “You haven’t help me and you wanna go? It is ridiculous. And you are supposed to know how to activate a new SIM card!!!” Then he kicked me out of the shop. I was so disappointed about French working style. Later on when I reach Paris, I found out that the SIM card is just useful in tablets and computer, no wonder it didn’t work on my phone. They wouldn’t refund me unless I went back to Evreux. 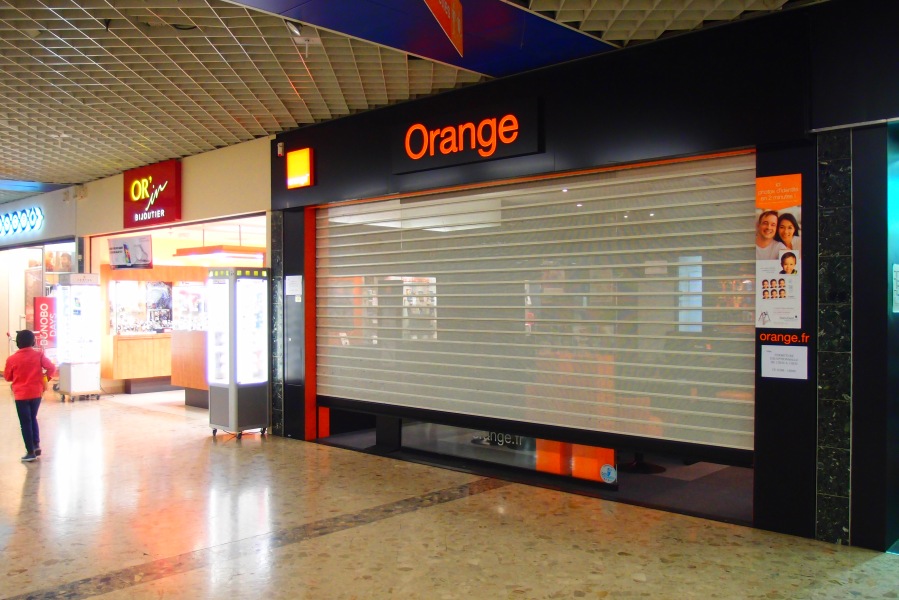 Luckily I downloaded the map on my phone when I was still in England, it just couldn’t load the route. Wasting 2 hours in Evreux made me riding in the dark to find a place to camp, eventually I located a field which is quite remote so I set up my tent under the sky full of stars! 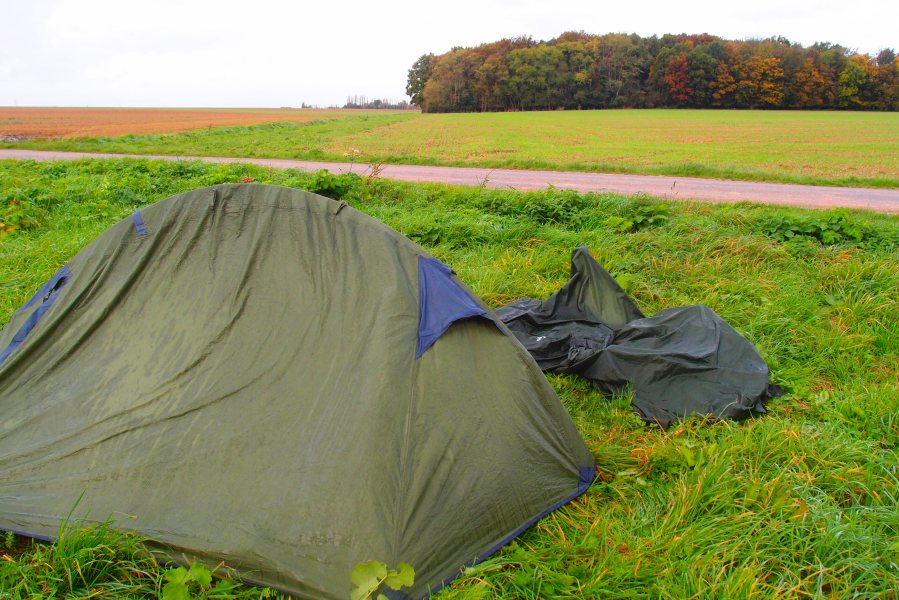 The next day I was supposed to cycle to Disneyland Paris to visit my friend Julien, but he suggested me to take the train if the weather was going bad. After a few more long and straight roads, once I reached Poissy, I bought a concession ticket to Marne le Vallee Chessy, the station of Disneyland.

I hosted Julien 4 years ago in Hong Kong, so it was so nice to meet and catch up with him again, finding out that we are still those traveling-freak, who just want to save enough money to make a big trip as soon as possible. 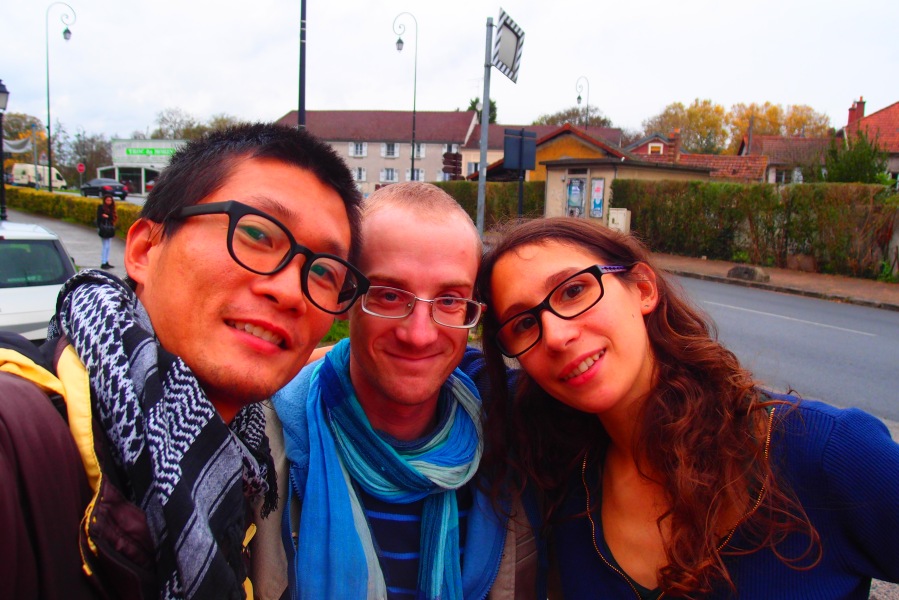 Thanks him and his friend who helped me a lot sorting out a workable SIM card to buy so that I could use 3G on the road. However, I really have to say that France is a bit technology behind other countries, so many people are still using Nokia old model phones, where smart phones are kind of exotic for them. Those 3G plans are super expensive, I paid 10 euros for another SIM card and then 10 euros for 500Mb in 15 days (In Finland and Sweden, I got a free SIM card and 5 euros for 1Gb in 1 months). French people are still using phone calls and SMS, and most of them don’t know what is Whatsapp!! How could a developed country to be that ignorant about the mobile internet world? Maybe it is their government’s tactic to preserve traditional values?

Another problem in France is the ticket machines in metro station! There are super long queues when I wanted to buy the ticket from Disneyland to central Paris. Everyone seems fine to waste 30 mins buying a ticket… 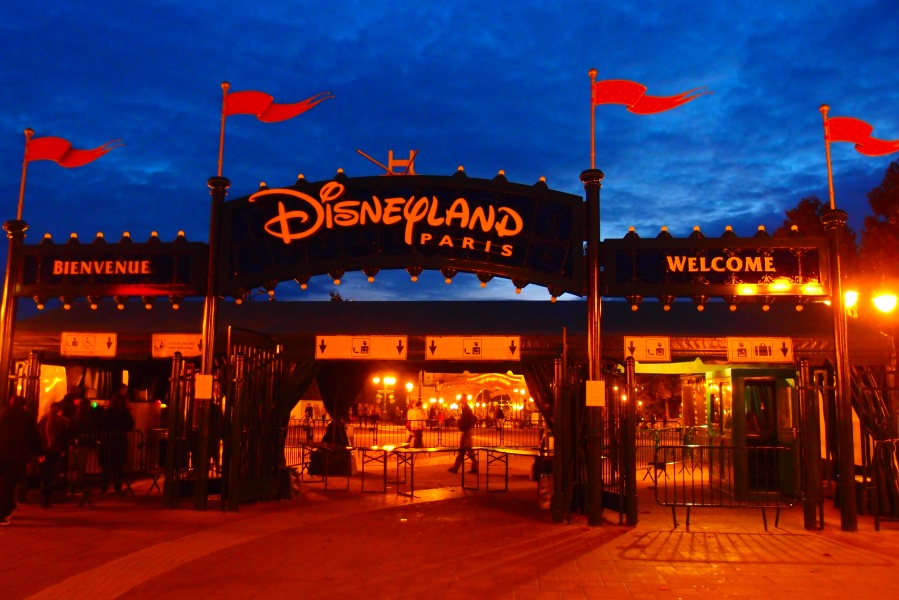 Once I reached Central Paris, it was raining and dark. In the main street outside a shop, I saw a bunch of black people fighting, safety is becoming a big issue in Paris!

My host Mauro is an Italian man, he really likes to stay in Paris for retirement. 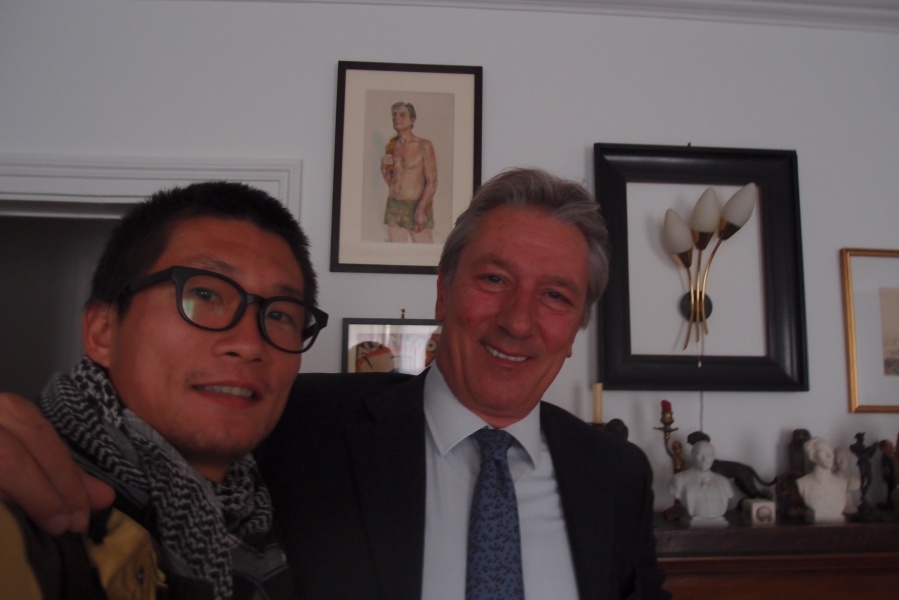 2 days in Paris is quite enough to see all the highlight in the city: 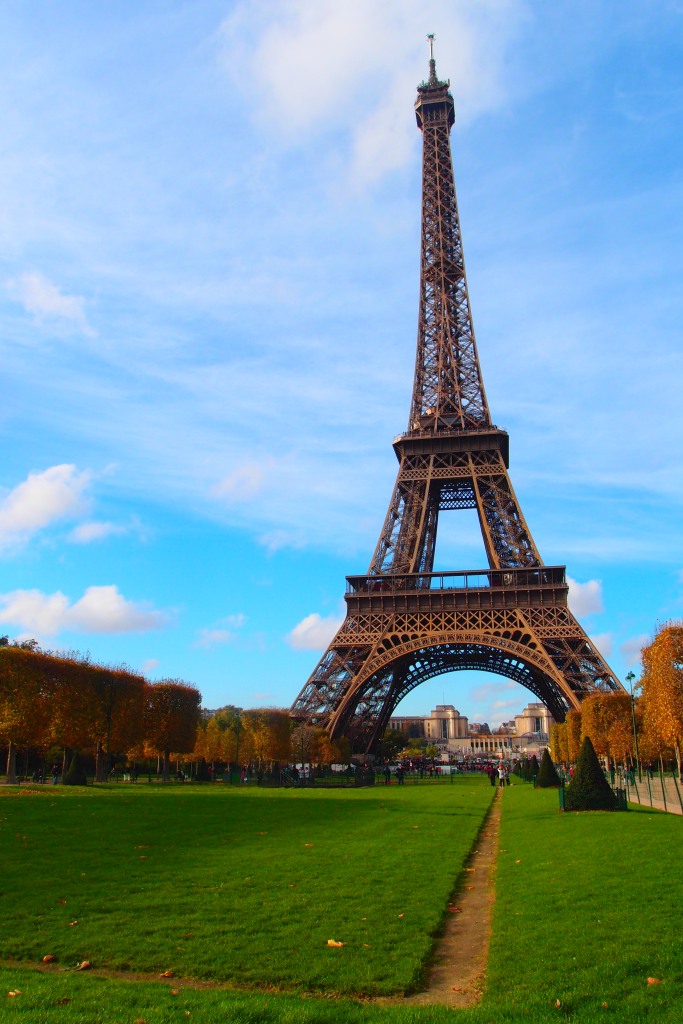 Arc de triomphe, it was so difficult to take a picture of the whole structure without any cars blocking the way as it is located in the middle of a roundabout. 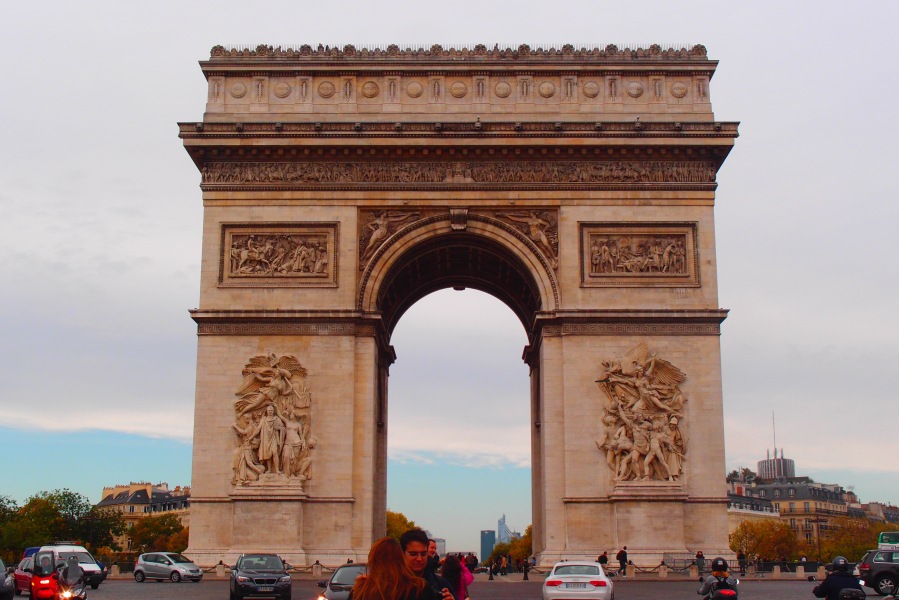 The Louvre, nice to see a couple taking wedding pictures with the pyramid at the background. 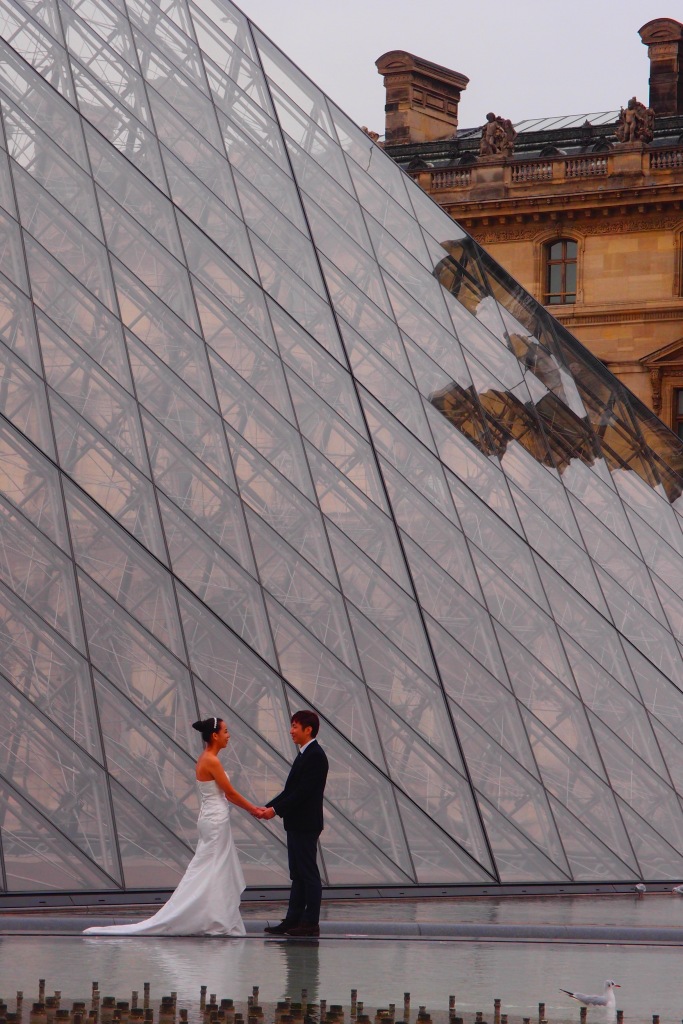 Notre Dame Paris, there was a drama in Hong Kong did a lot of shot here. 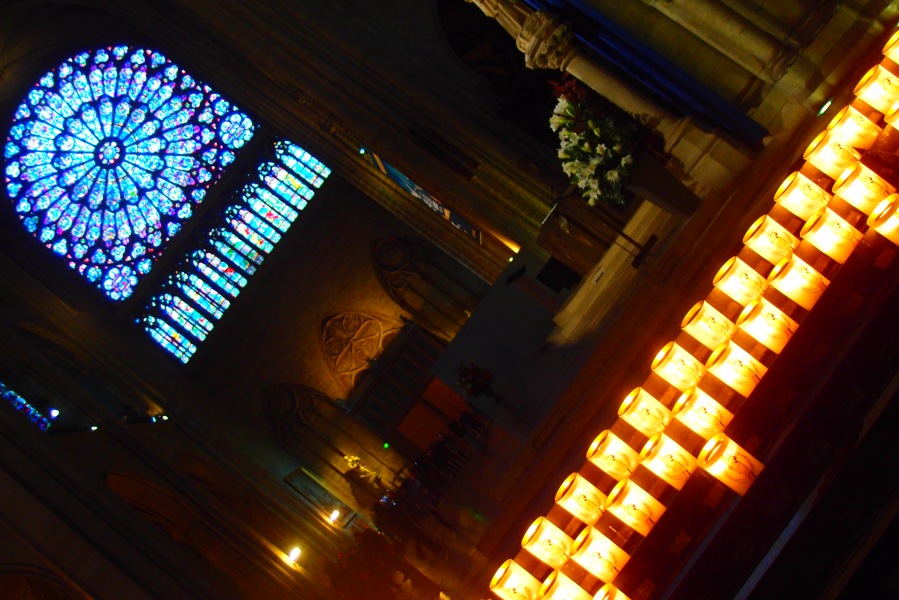