I was grateful to have such caring hosts in Edinburgh, Warren even rode with me to East Linton under the rain. I will never forget all the things I learnt from this couple, once I settle down a bit in Spain, I will definitely upgrade my gears and tell people the difference on this blog! 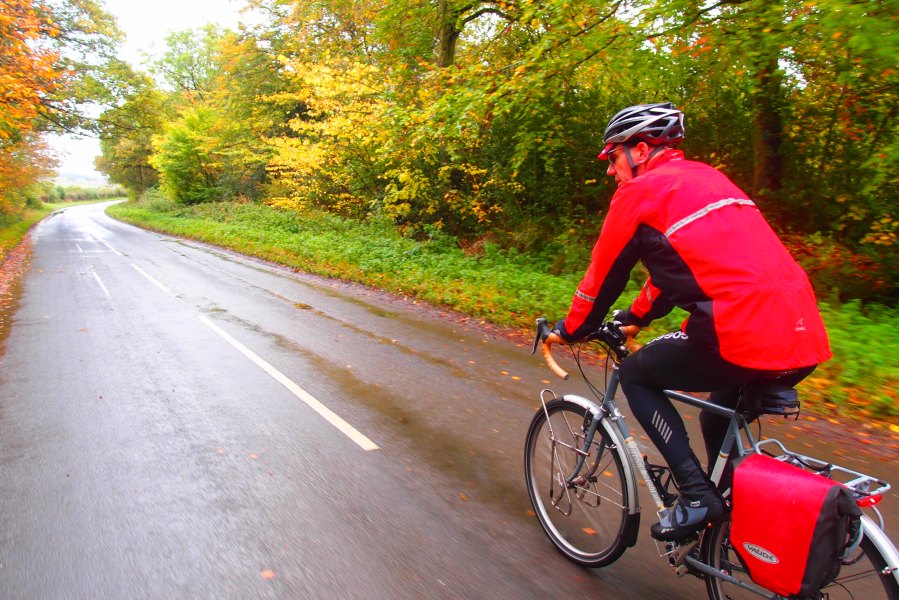 Following National Cycle Network 76, I rode through Dunbar, and all the way down to Berwick-upon-tweed.

The little part in Eyemouth is very challenging, going uphill for 200m without a stop! 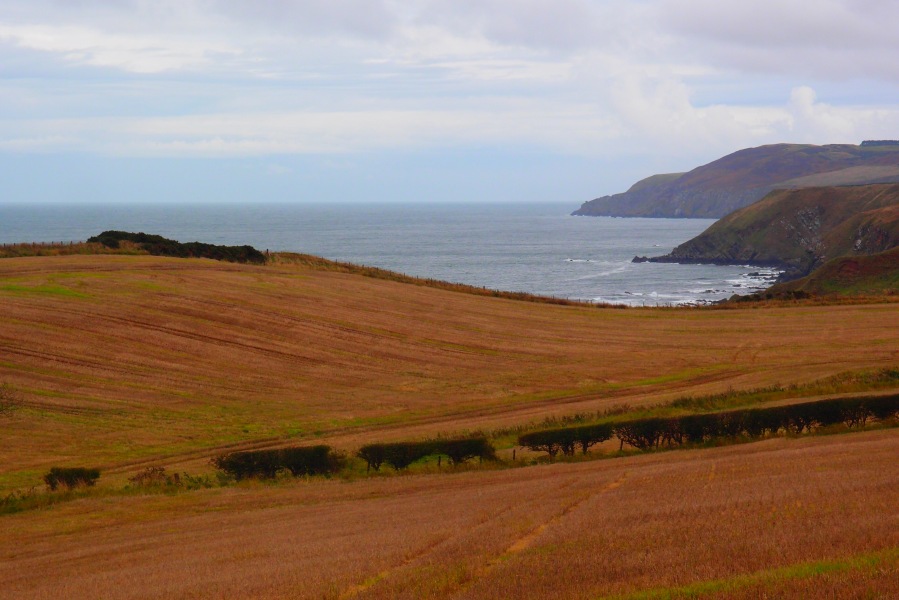 There are plenty of sheep saying hello to me!

Spent a night camping in a forest in Berwick, the raindrops woke me up in the middle of the night. 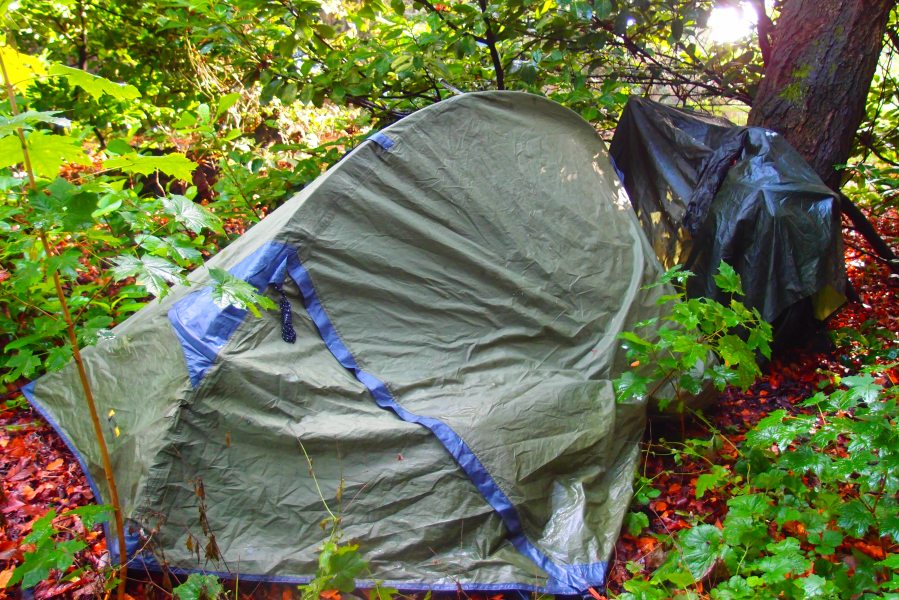 The next day I got up quite late, and I was worried that I didn’t have enough time to arrive on time to my next host’s home in Newcastle, riding on muddy and rocky National Cycle Network would only slow me down. That’s why I didn’t listen to my host’s advice, but jumped to the highway A1, passing Alnwick towards Newcastle. It saved me almost 2-3 hours, actually it was not as dangerous as people said. Of course if the ramps could be made wider, it would be much safer. More than 99.9% drivers when they see cyclists on the road, they will overtake us safely, and only do it when there is enough space in the opposite line. Otherwise they would just drive slowly behind us. 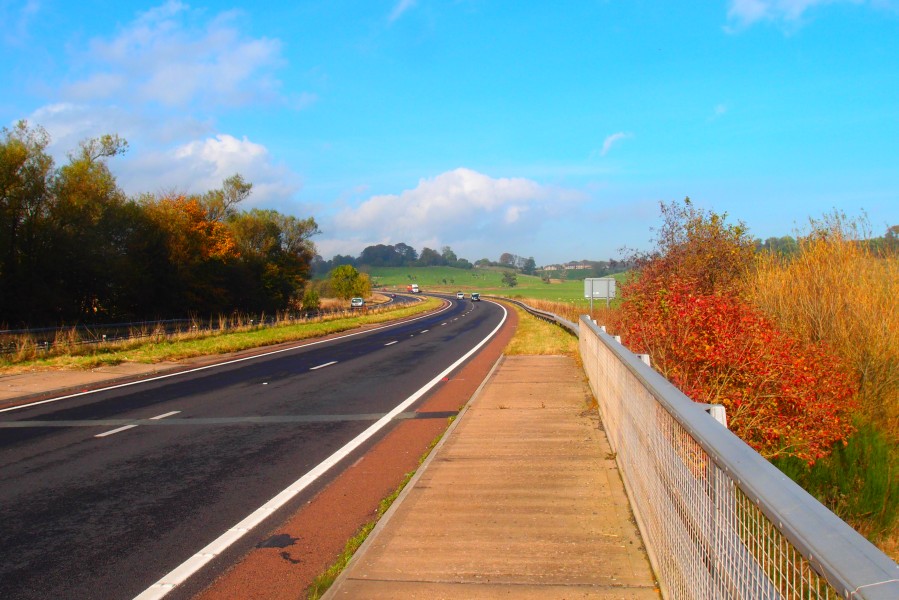 In Newcastle, I met my most weird host ever. I was still grateful to use his bathroom and kitchen (I put one spice in my pasta, and then read the due date, it was due in 2004!! Luckily my stomach is tough now!!), and he brought me to a social meeting, but I just didn’t feel he wanted to communicate with me. Maybe we just didn’t click. However, the most awkward thing was the next morning, he tried to help me fix my front break and eventually broke the wire, he then just suggested me to get it fixed in a bike shop instead. (It was 8am but the bike shop opened at 9am)

After I get the break fixed, I chose to stay on National Cycle Network again, but it was proved to be a wrong choice. I cleaned my bike in Newcastle, but then the next day it was covered with mud again. And even worse, some of the routes require me to carry my bike to climb up or down 20 steps!! Are you kidding me?? I also don’t like those roads paved with big rocks or big pebbles, it is too bumpy and shaky to ride on these bad roads!

In October, the daylight is getting shorter obviously. I had to stop riding at around 6pm, as I don’t enjoy riding at night unless it is essential. There was a big theme park set up in the middle of a small town called Yarm. I stopped for a while to absorb the joyful atmosphere! 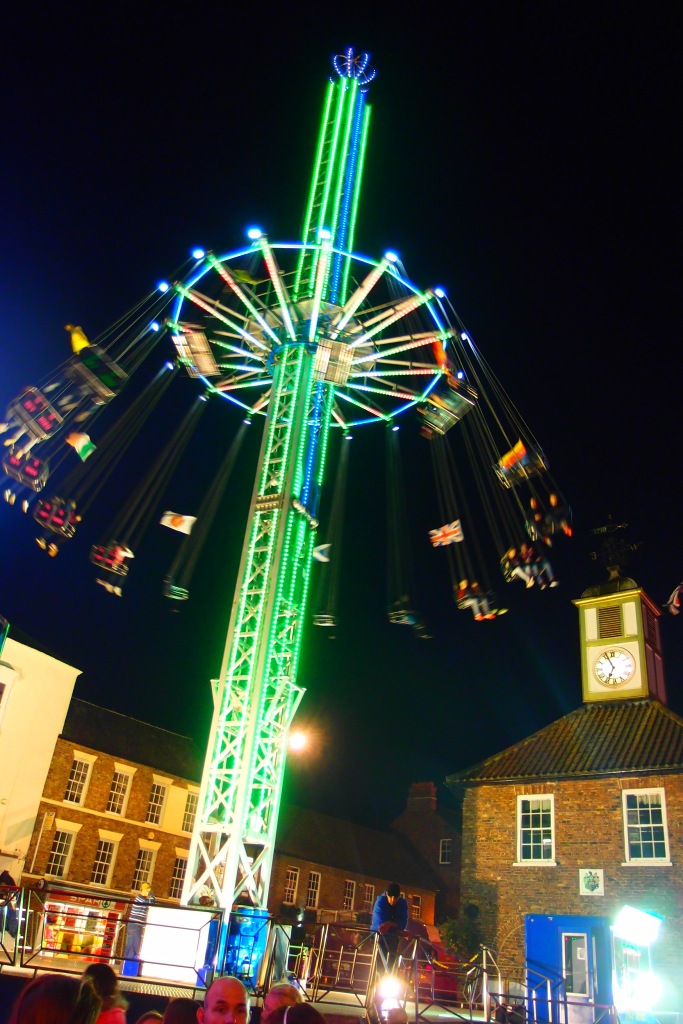 I couldn’t find a place to camp inside town, so I rode further and located a patch of green on my Google map, that is actually a private property, but all the lights were off. I took the risk of being kicked out (the chance is very low I guess) and set up my tent in dark. And I didn’t want to wake up anyone when I started cooking, so I tried my first time to cook inside my tent. That was a terrible decision, I almost burnt my tent or suffocated inside!! Since my coka-cola stove has no ways to turn down the flame, it is quite dangerous! My tent trapped all the heat within, it was very warm, but at the same time, it consumed all the oxygen. At that moment, you should put out the fire or open a door to breathe. I chose the latter, and finally finished my risky cooking.

The next morning after I packed up all my things, right before I set off, a guy came out from the house…

Guy: What are you doing?

Me: I was camping here last night but I am leaving now.

Me: I am sorry but I am going now, thank you! 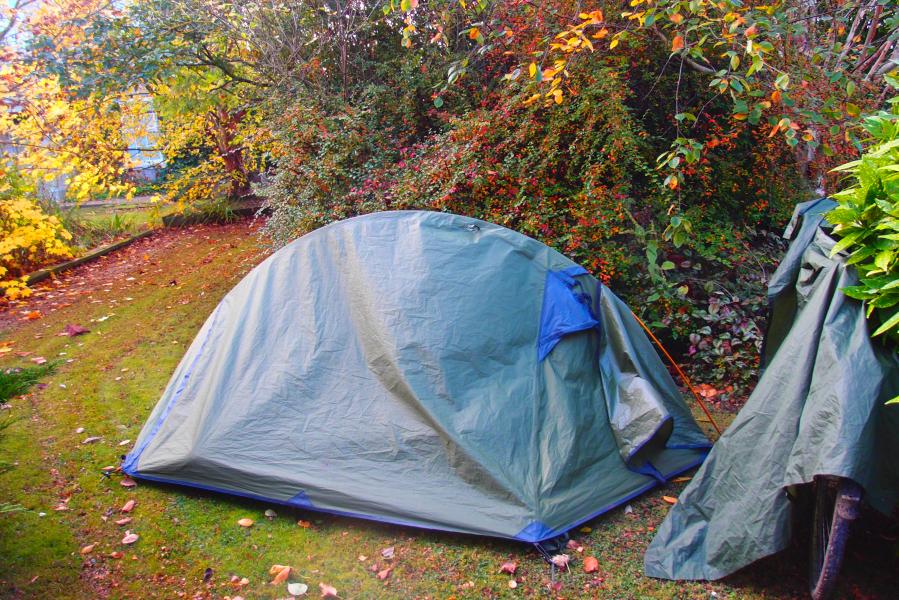 Heading towards Leeds, I saw a pretty rainbow again!

Thanks to my old schoolmate James for hosting me, last time we met was already 8-9 years ago in Hongkong. Things changed, time flew but friendship always last! Catching up with old friends is always interesting, to see how the society shaped us into totally different persons!