As I have mentioned in my previous post, that my best friend is joining me to do a tour in Ireland, I was a bit running out of time to ride from Hamburg to Amsterdam, so I cheated and took a bus. With Meinfern bus, it only cost me 34euros including my bike, which is quite reasonable (almost equivalent to my expenses in 6 days to pedal along the way)! My only complaint was the not-working wifi on board, since I didn’t have German nor Dutch number, I was just sitting on the bus, writing my blog (but couldn’t post them!) 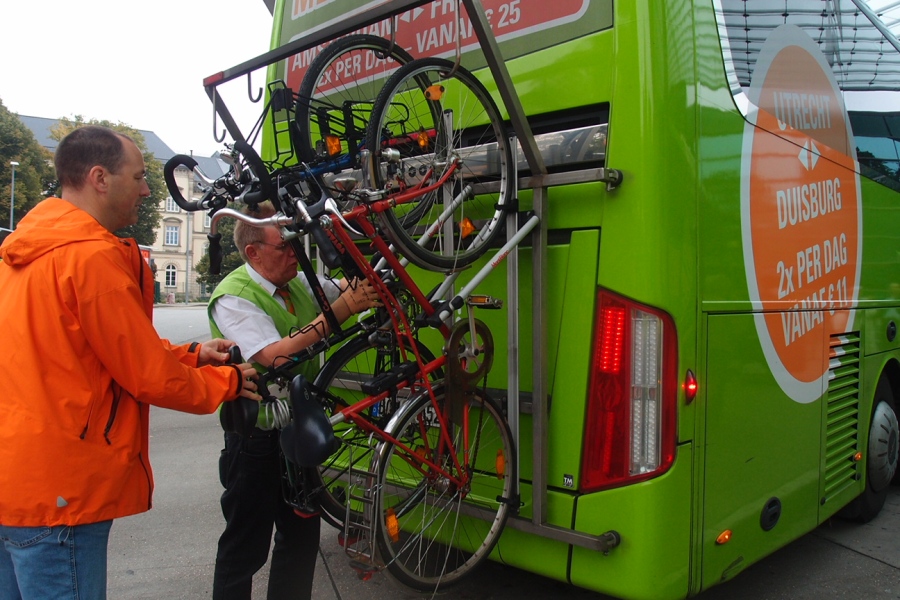 Arriving at Amsterdam in the afternoon, I had my ferry the next day afternoon from Hook of Holland which is 80km down south, so I had to do part of the ride, or I wouldn’t have time to do the whole way the next day. Only having 2 hours lay over in Amsterdam, I could only had a glimpse of the city.

The canal with small boats is gorgeous.

You can’t miss a windmill if you travel in Holland.

The way from Amsterdam to Hook of Holland is extensively flat, only 13m variation in height throughout the 80km ride, another paradise for cyclists apart from Denmark!

If you don’t want to pay extra for a cabin crossing from Holland to UK, choose the day ferry. The only choice crossing Hook of Holland to Harwich is StenaLine, but I didn’t have a good experience using their service. The main problem is the wifi signal!! It is super duper SLOW, many people are annoyed by their wifi service! I wrote a complaint card to express my anger, but the staff said they couldn’t help anything… I will write an online complaint after all, hopefully they could install more wifi server to accommodate more guests to use it.

Amsterdam to Hook of Holland  82km