I am amazed by how many times I have been to India and what I witness this time is the reluctance of making changes for people and the government. There is no doubt that more infrastructures are being built throughout the country, you can see skyscrapers and modern cars on the road; but still there are plenty of doggy areas not even hidden from the big scene, but exposed to the world…Here are something I conclude after my fifth visits to this country:

It is annoying to walk on a street full of rubbish, and what I remember is that the situation doesn’t improve at all throughout the last decade. People just throw rubbish wherever they want, without even thinking what they are doing is indeed polluting their own country! Let’s compare the case in China, when I was young my parents brought me to visit mainland China, I hated it because everywhere were so dirty, people spitted on the floor (they still do it today!), and the smell was intolerable. However, since the last 20 years, when Chinese economy is going up, people started to realize their uncivilized acts ruined their fame in the world. At the same time, Chinese government imposes many measures on making the country clean, such as charging fines for littering and spitting, tax for each plastic bag, as well as occasional cleaning campaigns to raise the awareness of keeping clean. I am not saying this because of patriotism, and I admit there are still lots to go, but at least something is going on!!

Switching back to India, it is SO HARD to find a rubbish bin anywhere in the country, and if you find one, it is already full and nobody empty them. Even worse in the rubbish collecting area, there are always kids searching for valuable items. It just makes me sad to see that…Why can’t Indian government put more rubbish bins on the road, and hire more cleaners to empty them everyday? I suppose it is not a difficult task to be achieved (if they put their eyes on the situation). 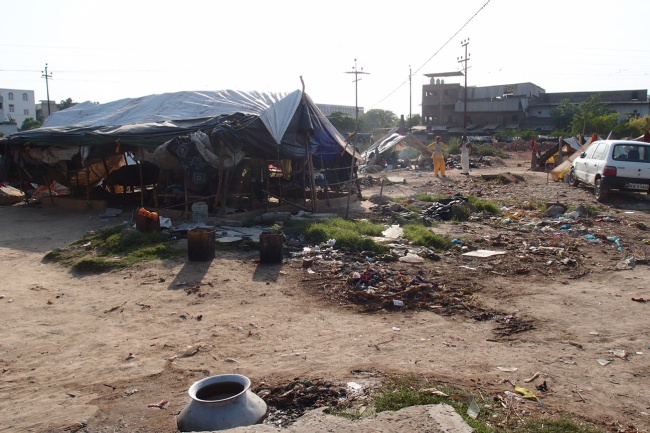 If you see a big yellow stain in the lower part of a white wall, or a street full of smell of “ammonia”, what do you think it is? Honestly you can find it anywhere in India, as people cannot find public toilets, they intend to pee anywhere they want. Again, it is something they are putting shame to their own country! Oh, one question, where do the women pee then? There is an easy solution too, to put more public toilets on the street and hire cleaners to keep it clean! It can also stop spreading certain diseases, such as cholera and dysentery! I don’t understand why Indian government are so reluctant to do that!

3. Trains could be more frequent

You know the Indian population almost exceeds the Chinese one, and everyday transportation is a huge problem in India. Not to say traffic jam, public transport couldn’t help much to alleviate the crowd. Buses are quite fine and cheap, and staffs are helpful to show me where to get off. However, trains and metro are terrible…they are too infrequent, that’s why every train is super crowded, people even need to fight and push in order to get on. I took some video to record this hilarious situation. Why can’t the railway company put more trains to solve the crowd? They shouldn’t be content to see people suffering and being harassed on their trains everyday. And set up the gates so that people can’t go onboard without a ticket! Again, simple tactic! And they can follow what other developed countries are doing… 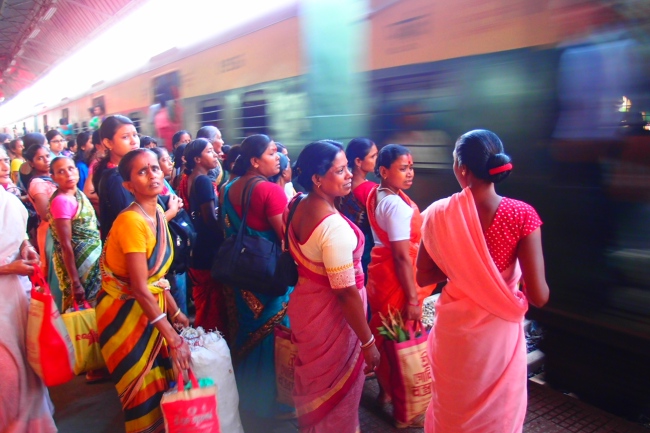 There are a few more points I wanna say, but I need more time to observe in order to give a better suggestion. And please be reminded that I am not being on top of the world criticizing other cultures, I already adapt to the customs of eating with my right hand, and cleaning ass with my left hand, only if I can clean my hands properly after these would be totally fine for me! And it saves washing eating utensils, and saves toilet papers, that’s environmental friendly!!

India got plenty of interesting cultures that traveler would find it amazing, but certainly not including littering, peeing on the street and fighting to get on trains! These bad habits could be solved significantly when the local government is doing the right measures to deal with them!

One thought on “Something cannot be changed in India?”